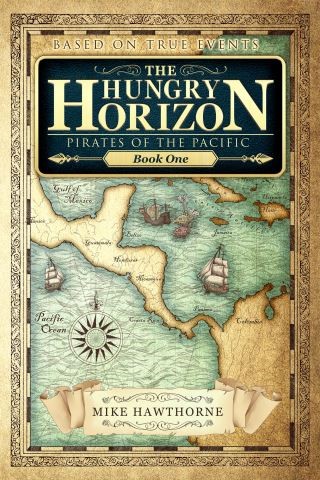 Pirates of the Pacific Book I

In Morant Bay, a fleet of buccaneers secretly prepares to attack the Spanish Main, in defiance of the peace treaty between England and Spain. A veteran of the Dutch Wars and Henry Morgan's sack of Panama, Tom Sheppard flees from a brawl in Port Royal with his two young turtle-fishing mates to join the expedition and escape the threat of the gallows.

Expecting a quick raid on a Caribbean port, they find themselves carried by events far beyond their original target towards the Great Southern Ocean. The buccaneers struggle against wild seas, rivers, mountains and jungles. Their allies are fierce native tribes who have never surrendered to the Spanish colonists. For Tom, each step takes him further away from the prospect of a respectable career in Europe

.Reluctantly, he is dragged deep into the criminal world of squabbling pirate captains on the edge of the known world. His dreams of escape are frustrated at every turn. He must keep his friends safe and come to terms with what he has become or go mad.

Mike Hawthorne. Based in London, UK. Born in Manchester, UK, 1954. Spend 30 years as a visual artist (see www.mikehawthorne.net) before concentrating on writing, after graduating with first-class honours in Creative Writing at Roehampton University, London in 2012. This is his first book, one of a planned series of 3 volumes. See author’s blog ‘Smoke Signals’ at uniquearoma.blogspot.com