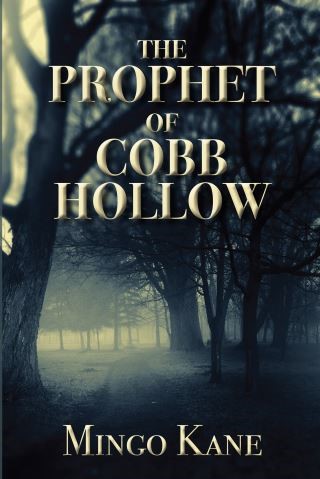 The Prophet of Cobb Hollow

There is a world that runs parallel to our own; a world in which legends are created…

When a New York novelist finds the dusty journal of a lost American legend, he can scarcely believe what he is reading. The story tells of a man having been rescued and raised by a Cherokee shaman named Three Crows, of riding with known gunslingers and a young Teddy Roosevelt, as a Confederate spy working for Mosby’s Rangers during The Civil War, and the horrific conditions he experienced in the deadly trenches of World War I.

As the War Between the States ends and our country begins to heal, this American legend returns home to find the remains of his murdered family, swearing an oath of vengeance against everyone responsible.

He tells the story of one man and his decades-long retribution to avenge his beloved. Whether seen as a realistic glimpse into our forgotten past—or as the mythic retelling of narratives spun around the mystery that spawned his legend—he is the only man to have walked through the portals of our national history. He is the oldest living human on earth and now his oral collections are told as it was lived. His name is Reuben Shadrack Judah, and he is: The Prophet of Cobb Hollow.

Mingo Kane was born and raised in the Shenandoah Valley of Virginia. After high school he left the Blue Ridge Mountains, and entered the United States Army where he served as a sniper with Bravo Company, 1st/75th (Airborne) Rangers.

Mingo is now retired and has enjoyed a host of unique occupations: bouncer, contract security specialist, first-class high voltage lineman, and now a full time writer. An avid outdoorsman and long-range shooter, he can be found hunting or fishing the mountains near his home when he’s not at work on his latest novel.