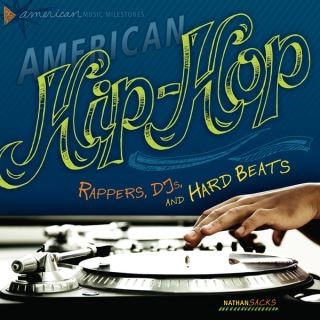 A rapper spits rhymes into a microphone.
A DJ scratches a record back and forth against a turntable needle.
Fans' feet stomp along to a stiff beat.
These are the sounds of hip-hop.

Hip-hop music busted out of New York City in the 1970s. Many young African Americans found their voices after stepping up to the mic. In the decades afterward, rappers and DJs took over the airwaves and transformed American music. In the twenty-first century, hip-hop is a global sensation.

Learn what inspired hip-hop's earliest rappers to start rhyming over beats, as well as the stories behind hip-hop legends such as Run-D.M.C., 2Pac, Lauryn Hill, and Jay-Z. Follow the creativity and the rivalries that have fueled everything from party raps to songs about social struggles. And find out how you can add your own sounds to the mix!