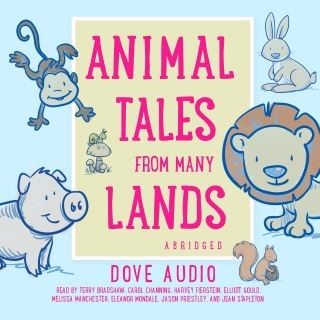 Animal Tales from Many Lands

A collection of stories featuring animals includes works by such authors as Beatrix Potter, the Brothers Grimm, and Hans Christian Andersen.

Terry Paxton Bradshaw is a former American football quarterback with the Pittsburgh Steelers. He is currently an analyst and cohost of Fox's NFL Sunday. He played fourteen seasons with Pittsburgh, won four Super Bowl titles in a six-year period-becoming the first quarterback to win three and then four Super Bowls-and led the Steelers to eight AFC Central championships. He was inducted into the Pro Football Hall of Fame in 1989, his first year of eligibility.

Carol Channing has been performing for more than fifty years. Her many starring stage roles include Gentlemen Prefer Blondes, Hello, Dolly!, and Lorelei. She appeared in the film Thoroughly Modern Millie, for which she received an Academy Award nomination and won a Golden Globe Award. Just Lucky I Guess is her first book. She lives in Palm Springs, California. She has no intention of ever retiring.