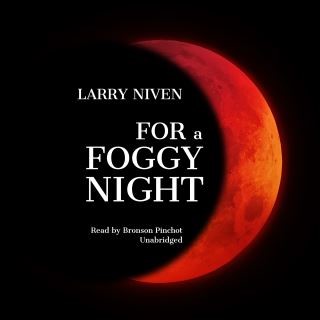 For a Foggy Night

In one of Niven's rare stories of cross-dimensional travel, an unnamed protagonist discovers the real reason that things seem so foggy on a foggy night.

Larry Niven is the multiple Hugo and Nebula Award-winning author of the Ringworld series, as well as many other science fiction masterpieces. His Footfall, coauthored with Jerry Pournelle, was a New York Times bestseller. He lives in Chatsworth, California.

Bronson Pinchot has won eleven Earphones Awards and the prestigious Audie Award for best narration and was named Audible's Narrator of the Year for 2010. He received his education at Yale University. He restores Greek Revival buildings and appears in television, film, and on stage whenever the pilasters and entablatures overwhelm him.